As summer begins its curtain call, we thought it’d be nice to catch some rays before it’s too late and let the practitioners use this issue to tell us about their hobbies, side jobs and everything in between.

A big thanks to all those who contributed stories. We had tremendous response from folks all across the nation. We hope you have some time to relax and take in a story or two. Hopefully, their stories will provide some interesting and new ideas for you and your fellow colleagues to pursue. Enjoy the rest of your summer, and stay safe.
Jim

Feeding the soul. What we do after the shift. 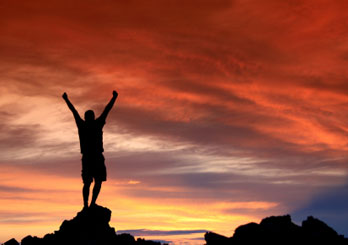 Editor’s note: This week and next, we let the practitioners tell their stories about what hobbies, jobs and interests they pursue to let off steam, feed their soul and get away from it all.

I am a Correctional Sergeant working as the Maine State Prison Compliance Manager. With 15 years on night shift in our Supermax facility and Special Management Unit my stress relief comes from my other life. I am a professional rock climbing and Whitewater guide. I am surrounded by people having fun and enjoying the great outdoors on a weekly basis.

I also teach Tai Chi Chuan and various weapons associated with the martial art. This, through the years, has become, along with my family, the core of my life. Fortunately, I have been able to follow my father's advice to me when I was a young man: To survive in Maine, you will have to have multiple jobs, so make one of them something you love. I have the good fortune to be doing a needed job for the DOC here in Maine as well as have fun guiding and teaching people from around the world.

I currently work at the Ohio State Penitentiary in Youngstown. July marked my eighth year there. Prior to that, I worked at Youngstown’s N.E. Ohio Correctional Center. At both jobs I began as a CO and have worked with most every security classification of inmate from various states, including Ohio’s death row population. In all these years I have seen it all, stabbings (both staff and inmate), inmate murders, suicides, and countless fights. I have had a number of substances thrown on me, been assaulted, and have come in contact with a number of the prison gang groups. As you can imagine, all this can cause a lot of stress, and I needed an outlet to deal with it. For me, that outlet is playing the drums in a band on a semi-pro basis. More

Reader Feedback will be back in two weeks. Until then, send us your ideas, opinions, etc. to editor@corrections.com.

An army of one

How long you in for?

It might sound a little ludicrous to hear a judge sentence an offender for “one day to life.” In the United Kingdom, however, courts are handing out sentences like these by the thousands, due to a recent policy that has fundamentally changed the British justice system.More

Combat for the real world

Readers have asked me to write a third part about using force in certain situations they may face on their shift at any give time. More

"No matter what side of the argument you are on, you always find people on your side that you wish were on the other."
- Jascha Heifetz (1901 - 1987), Russian-American violinist