This week we continue our focus on innovation with a look at how Washington, DC applies an offender management strategy that incorporates an inmate's re-entry plan right from intake.

Working all the resources 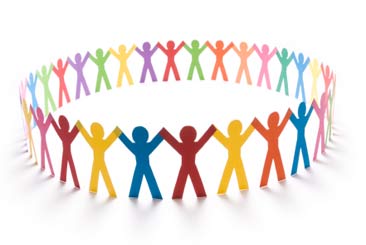 Donnell Ellsworth Smith was not doing well. He had an anger management issue, suffered from low self-esteem, and, worst of all, was incarcerated after being found guilty of assault with intent to kill while being armed.

Smith had served time in three different correctional systems around the country including the Central Detention Facility in the District of Columbia, which is also known as the D.C. Jail. If he had only taken full advantage of the resources available to him during his previous incarcerations, Smith’s road to recovery and inevitable return to society could have been expedited. Nonetheless Smith, now 59, is fully embracing the Reentry Program. Full Story

Regarding The difference between life and death, 1/22/08

That was a good article which reinforces the principle that staff should be as familiar as possible with the sites at their facility.
MH, Ohio

Let's hear what you have to say.

To supervise a predator

Many of us may have already skimped out on our New Year’s resolutions, but the United States Congress is hoping to stick to at least one of its own... Full story

The difference between life and death

When you do an Internet search on the words “situational awareness” you get 31,800,000 websites that use those words. Full story

How to tick people off

So you want to be a corrections or law enforcement officer; something you’ve wanted to do ever since you were bullied on the schoolyard? Full story

Ferguson Safety Products, Inc. is proud to announce the appointment of Jack Harris to Corporate Director of Sales. More

NaphCare, Inc. a Birmingham - based provider of correctional health care, was recently awarded a contract for the Hamilton County Corrections System in Cincinnati, Ohio. More

Pacific Concepts, Americas leading supplier of soft storage items for the corrections industry, is pleased to announce that Specific Bag has become part of its operation. More

Date: 2/11 - 14/08
The 21st century has quickly brought information technology and innovation to the forefront of many aspects of community corrections. More

Date: 2/20/08
This course is designed to help you understand the world of deception. We give you insight to uncover truths or lies during your interviews and casual conversations. More

Date: 3/20 - 21/08
GangsAcrossAmerica.com is a website and intelligence group created by cops for cops and it is holding an intensive gang information-sharing conference on March 20th and 21st, 2008 in Las Vegas. This is the only conference that brings together the most respected and experienced gang experts from across America! More

"There's no trick to being a humorist when you have the whole government working for you."
- Will Rogers (1879 - 1935), U.S. humorist, political commentator, and showman