azcorrections
you have a crime scene..a shanking 2 man cell..the first officer initiates incident command system..they are in need of a supervisor, medical with a man down bag, and a strike team..i don’t know what type of language you use, but it should be plain english during emergency situations. all areas should be locked down..you are first on scene and have a visual of the injured inmate and the inmate that could have possibly stuck him, you give brief updates, your team shows up, the first responder will become your staging area manager…he will tape off the scene, document who comes in and or out..in reality no-one should except for medical... view full thread 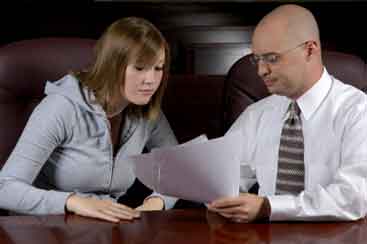 In 1967, the United States Supreme Court issued its landmark ruling in In re Gault [1], affirming that children in delinquency court are entitled to many of the constitutional protections that apply to adults in criminal court. Chief among these constitutional protections is the right to counsel: The juvenile needs the assistance of counsel to cope with problems of law, to make skilled inquiry into the facts, to insist upon regularity of the proceedings, and to ascertain whether he has a defense and to prepare and submit it. The child “requires the guiding hand of counsel at every step in the proceedings against him.”[2]... read full story

The purpose of this position is to supervise correctional staff activities, determine operations, and assign duties to ensure staff and inmate security during an assigned shift. The work is performed under the supervision of the Assistant Director-Security/Operations... >> view full job posting

Before anything else, preparation is the key to success.
— Alexander Graham Bell